In the Earths history human kind has changed and evolved and grown to become coarse to earth. Even though it is the place we inhabit many of the current majority populations seem to be discontented with earth and think that it is a large trash can for their industrialization. Personally I think that there is a key component that we are missing in the West today, even though we do have many people who are actively striving to help the earth. Malnourished is what I would call the earth, through my eyes I would say that there is a large problem with the earth nourishing and enriching human lives but an overall disdain for replenishing and caring for the earths needs. 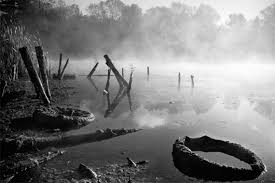 The Earth is something that humans should care for and reside over, its our home! But something I think many people in the US can agree upon is that Earth is slowly dying and many are ignoring the problems and symptoms. There are even those that we know all too well who actively work to disprove Earths illness. But what exactly is earths illness? I think that the Earths diagnosis can be said plain and simple as a problem in the balanced reciprocity that humans should have with the earth.

Now, I understand that I am taking balanced reciprocity out of its original context since it is normally used to explain the exchanges between people through kinship or other ties. But I think that how humans relate to the earth is also a kinship type system, humans and the earth (so far) are inseparable, and I think that this proves solid grounds for me to use the idea of reciprocity in humans relationship to the earth.

From an Anthropological perspective we can see that while humans endure and are constantly in the grips of change and evolution we also are in the grips of our own self-made forms of change. Things like industrialization and government and trade are all forms of human made systems of change. And while we seem to be good(ish) at enduring our own forms of change we are failing to realize that some change needs to be exchanged back. When we strip a forest of its trees or a wood of its wildlife, we must replenish the Earth with something equal, otherwise our kinship system with the Earth will cease and the Earth will stop helping humans and we will meet our end. Which I don’t know about you but I am not looking forward too.

Luckily however, there still are people who are striving to keep the reciprocity alive and keep the Earth in a constant state of habitability. The more I get invested into anthropology the more I see the potential that people have to effect the industrialization and effects of major pollution. The integral work that anthropologist do in the field by documenting the advance technologies of people groups who know how to work with nature and not against her. I think that if we go out into the field and explore the world for answers to our own problems like responsible inhabitants of a planets then we will be able to discover new ways for our species to have a balanced reciprocity with their host. And I know this is a bit prep-talky but I really feel passionate and excited about our part on this blue/green marble and I think that we are rearing generation of people who know how to love the earth as the earth loves us. 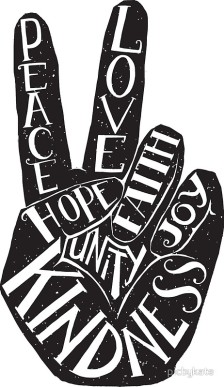 5 thoughts on “Earth and the Anthropological Effects of Malnourishment”

This site uses Akismet to reduce spam. Learn how your comment data is processed.